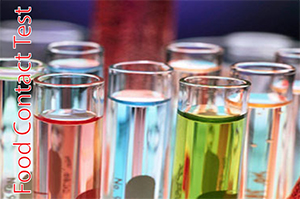 Food contact test is a test related to a container or product that will contact with food. The main purpose of the test is to see if there is any harmful substance released to the food and if there is any impact on the taste. The basic method is to soak the container with liquid for a period of time, which is called “migration”.

For US market, FDA is the standard to follow. Europe is using another standard 2002/72/EC, which is a common European standard but not fully accepted by some European countries such as Germany and France. The tougher standard and well accepted standard is LFGB imposed by Germany.

Within FDA and LFGB, they still have different testing conditions depending on the application. For example, the testing condition for pet will be a lot easier than for human. Even for human, some will soak the container only with water and the tougher will be with oil, acid and alcohol. Testing temperature and concentrastion are also critical for the result.

Therefore, even a product is claimed of meeting FDA or LFGB, it may be tested by water only and at relative low temperature for one or two hours to get it passed. Don’t be fooled by a FDA and LFGB claim without going through a testing report in details.

ABS used by Pro-A is based on a tough testing for human use, including 100 degree C on water, oil, acid and alcohol for 4 hours as well as 50 degree C for 24 hours. We concern safety and we also include other harmful substance tests that are not required under FDA and LFGB. They are Lead (Pb), Cadmium (Cd) and PAHs (Polycyclic Aromatic Hydrocarbon).  Read our reports and you will have  full confidence on us.